Voices from the past

Many people go in search of their ancestors and family history, the 1st port of call being the census records dating to 1831 or so. Those wanting to go back further in time usually then have to resort to the Parish marriage, christening and burial registers that were introduced by Elizabeth I in the 1570's. This act came into law so that all parish priests had to record all the above as a permanent record in a similar way that still goes on today. Here in Walesby, our parish records go back to 1580 when the 1st baptism was recorded. These names from the past usually have no 'voice', we know nothing of most of their lives, only the rich and (in)famous have left a mark in history. 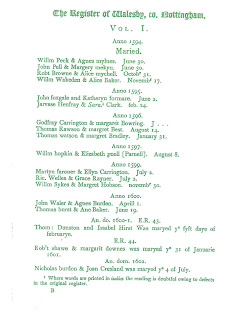 
This is much the case here, except for one person who has caught my eye. This person was Katherine Formare, who married John Foxgale on June 2nd 1595 in the village church. I can find nothing of their age or where they came from as neither are in the baptism register which started 15 years earlier. I do know that they must have been married by the priest, Laurence Hey, who was vicar of St Edmunds for 20 years. Nothing is known of where they lived in the village, nor what occupation they had. Their son, Thomas, was born in 1600 some 5 years later and is listed on the baptismal register below, dated 1st June. 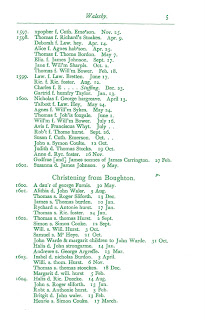 
There is no other entry for the Foxgale's in the baptism registers which is unusual for 16th/17th century couples. However, the reason for this is one of of morbid frequency during these times. John Foxgale is listed in the burials register, the date of his burial being November 29th in the same year of 1600. He died of an unknown cause 6 months after the birth of his son. Again, nothing else is known after this point until some 8 years later, an incident involving Katherine was reported by the church authorities. 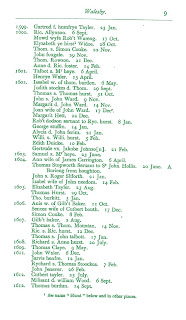 
It is regarding a case of 'witchcraft' which could have dire consequences in the days of James I. She was presented before the authorities at Michaelmas in 1608 because she was a "day;i.e. scold and curse on her neighbours". She was further accused of the more serious offence 'of watching upon St Mark's even at night in the Church porch to presage by devilish demonstration the death of somme neighbours within the year'.

This custom was where it was believed that anyone who sits and waits in a church porch on St Mark's eve (25th April) between 11p.m. and 1 a.m. will see the ghosts of those who are about to die in the next year.. The ghosts pass into the church in the order in time in which they will die. 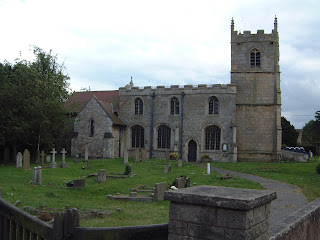 
There is no record of Katherine Foxgale being charged or the offence being proved. If she had been found guilty there were a terrible range of punishments that could have been given. There are no stories of witches in Walesby that would have been passed down to us if she had been punished!

And this is where the story of Katherine and her son Thomas ends. There is no record of either in the parish records after the witchcraft accusations in 1608. They must have moved on to another parish, whether of her own accord or by ongoing bad feeling we will never know. Maybe they are in the records of a neighbouring village, maybe the went farther afield. Times would be very hard for a widow with an 8 year old child. It would be nice to think they fled to America for a better life - William Brewster & William Bradford were with other 'Pilgrim fathers' at nearby Scrooby at this time, before leaving for the Netherlands and the Mayflower voyage to New England. I doubt we will ever know what happened to her but one day she might turn up in a parish record. 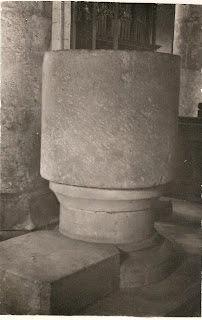 The Norman font where Thomas , and possible John and Katherine, Foxgale was baptised


The parish records of Walesby were transcribed and edited by George W Marshall for the Parish Records Society in 1898, and published as a book. There are various PDF copies of this book on the internet, the records in question covering the years 1580 through to 1792. I have so far only seen one other similar book concerning the nearby village of Edwinstowe by the same author but assume there must be others of local parishes on line somewhere.

Rare voices from 400 years ago indeed. As a footnote to this, the priest, Laurence Hey, was buried in Walesby churchyard on June 13th 1613.